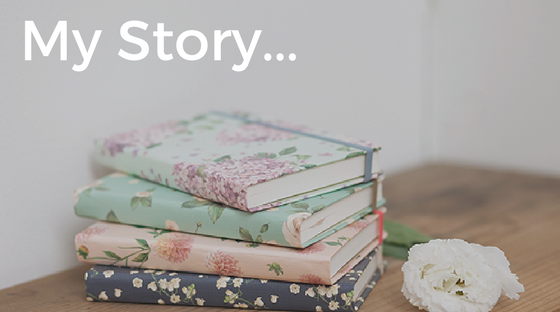 Now I was meant to post this yesterday but couldn’t; I was so scared of finally posting my story for the world to see. But here goes. A lot of tears and one panic attack went into writing and publishing this…

So this week is Mental Health Awareness Week and I am all for encouraging girls and guys to speak up and seek help when it comes to their mental health. The importance of being aware of your mental health is insane (no pun intended) and you may feel you are quite literally stuck in your own head. I want to share a post every day this week to shed some more light on mental health and to show that no matter what happens, no matter how low or how drained you feel, it can and will get better. Now before you hit the big fat X in the corner there, hear me out. I hated, and when I say hated I mean sincerely hated, when friends/family/websites told me that it would get better but my god I swear to whoever is reading this now that it can and it will if you seek the right help! The stuff I’m about to share is real, it’s upsetting and may be a trigger to some people, so if you know that you cant deal with topics such as: self-harm, addiction, eating disorders, suicide, loss or rape then please click off this. I am in no way endorsing, nor am I condoning behaviours such as cutting or eating disorders. They’re not nice things. This is just my story. This is how I came out the other side of an awful, life-changing and traumatic few years with plenty of scars both mental and physical but most importantly, a happy ending (sort of).

My story begins 8 years ago when I was 14 years old. I remember being in my room and being called downstairs by my mum. She had just received a phone call from my auntie telling her that my dad had died. My mum had to break the news to her little girl that her dad was dead. As she minced around with her words and eventually spat out “your dad has died”, I stared at her deadpan. “And?”. That was my reaction. You see I didn’t have a great relationship with my dad, he left when I was 2 and since then I saw him once, I passed him in a car as he stumbled along the pavement. He was drunk. I wanted with every fibre of my being to do a dramatic “stop the car” and the breaks would slam and I would jump out, we’d reunite and go for a coffee to sober him up and he would get better and we would live happily ever after doing father daughter stuff. Instead, I watched his figure slowly drown into a crowd and disappear. I had grown up hearing stories about how he was a bad man who did bad stuff, a man who wasn’t fit to be a father and who loved drink more than his only daughter. Before he died that didn’t bother me. I didn’t have a father figure in my life as such but instead I was blessed with two brother in laws. They weren’t blood but they were the ones that watched me grow up, who never missed a birthday or a christmas and were always there when I needed them. I essentially swapped out a dad for two big brothers. I had two older sisters that I always looked up to and aspired to be like. A mum who was caring and gave me everything I needed. They were my family and I didn’t need anything else in my life.
My dads funeral was one of the most daunting experiences of my life. I was introduced to brothers and uncles that I never knew, family friends I never met and I finally met my dad for the first time- as he was being carried into the church by his brothers in a coffin. That was when I broke down. Although my childhood hadn’t been awful, I was bullied a lot. We moved more times than I can count on both my hands, even moved countries. And that impacted me silently for years. Losing my dad hit me like a speeding truck. But eventually I got through it. So I thought. I got my first boyfriend and he was amazing. He was my everything. He would tell me that I was his. He would say that he couldn’t wait until the day we had children and got married. A real prince charming. Pfft, prince charming wrapped in tin foil more like. I had my first heartbreak at 16, when I found out ‘the love of my life’ had cheated on me. Truly that floored me. This had being going on throughout our relationship with a string of girls. Girls I knew, girls I didn’t. I gave him another chance and we were together for 4 years. During this time was when I was first diagnosed with depression and first began cutting. The thrill I got from cutting was like nothing else, seeing my blood drip onto the bathroom floor was liberating and I didn’t feel numb anymore. I secretly loved my scars. But then I took it too far. I stole a kitchen knife and locked myself in the bathroom with and hacked away at my wrists. My mum called an ambulance and I was taken to the hospital.

The experience was so traumatic, I vowed I would get help, stop cutting and get my head down in school to get my grades back up as I was failing miserably and hadn’t a hope in hell getting into university. I began counselling and didn’t cut as much. I was discharged and sent on my merry way into my new, depression-free life. I wish I could end my story here but things only got worse. I was accepted into university and ended my toxic relationship because I couldn’t trust him not to break my heart again while I was away. I had no family watching my every move and no friends to put me right at university so I went wild. I drank far too much, cried about my ex to my new friends, then got off with some boy who told me I was amazing. This was a regular occurrence. Then came my eating disorder. I restricted my eating, binged on crisps and chocolate then threw up. I would throw up so much, my throat would tear from the acid and bleed. Then I would drink and do it all again. It was my first year so I had an excuse for the drinking and my own room so nobody would question why I was being sick every few hours. I remember getting to a stage when I was so poorly from not eating that I didn’t even go to the toilet anymore.

I also started abusing laxatives because I drank soup to keep my energy levels up. I rediscovered my lust for my blade and cut profusely about four times a day, on any clean patch of skin. I cut my wrists, upper arms, thighs, stomach, any thing that wouldn’t be too obvious. I started exercising and became obsessed. My mums face dropped when she saw me for the first time in three months at just how painfully thin I was, a polar opposite to who I was when I left. But what could she do? She couldn’t force me. University was shit. I had shitty housemates who thought I was just being melodramatic. I loved my course though and the people on it, that became my escape. Going in to lectures and learning, having a laugh. Fast forward and I meet my current boyfriend in the summer before second year. I met him when I was back home through our mutual friend and we instantly clicked. He was different. We would meet up and talk under the stars, go on coffee dates and then he asked me to be his girlfriend and I couldn’t of been happier. I met my perfect match, someone that made me forget all about my past and made me think about a future. My struggle didn’t end but it was definitely easier because I had someone to come home to at the end of the week. I moved back home for my third year and my mental health improved, dramatically. My grades were going up, I passed my driving test, bought my first car, got our first home together, started a new job and everything was sweet. I met someone I would soon call my best friend through him and she was everything to me. She knew all too well the struggles of bad mental health and got it. When I would turn up at her doorstep in tears, she’d throw her arms around me, make us tea and we would chat about everything until it was all forgotten. My life couldn’t have been better at that point. Then the stresses of trying to do my dissertation whilst trying to keep up with bills, my job and keeping a roof over our heads got too much and again, you guessed it, I spiralled. This time I went to my doctor and after my long protest against anti-depressants, I gave in and was started on 50mg of Sertraline. It wasn’t enough for me so the cutting continued and my bulimia came back. I was signed off work for 2 months. Then, here comes the pivotal part of my story, the part that led me to try and take my own life.
It began when me and my boyfriend found out I was pregnant. I went to the doctor for bad back pain and found out I was pregnant. I had to change for our baby. I couldn’t become a mum when I spent my days cutting and crying. We didn’t tell anyone, it was early days. Our baby was no bigger than a thumbnail. Me and my boyfriend ended up arguing over something stupid, doing the dishes probably, and we went to bed in a huff with each other. 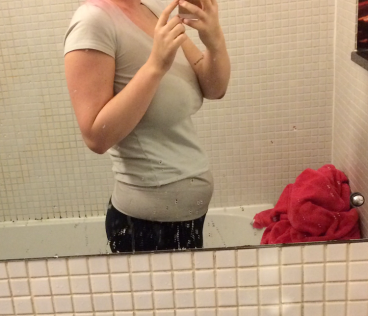 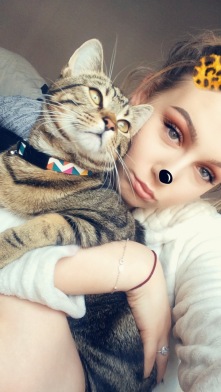 Thank you for reading my story.